Romance de Barrio is the name of the CD that has been published by the trio in summer 2016 at Timezone Records.
In search of a new name for his tango project, Christoph Linke remembered the waltz Romance de Barrio, once sung by Carlos Gardel.
The band name Musica de Barrio was created in a reference on this piece.
Meanwhile, the trio has found an own approach to tango thanks to many concerts and intensive rehearsals. In the process, the musicians count on subtle tonal and rhythmical extensions that make classics shine in new, nuanced tones through the eyes of modernity.
“Musica de Barrio offers an exciting mix of tangos, French musette and jazz which obtains a particular suspense of spectacular contrasts and unexpected twists.” opines the concert review.
Tenor saxophone and accordion flirt, argue and dance with each other in order to devote themselves to the soundscape created by the grand piano.
Mariska Nijhof perfectly knows how to integrate her own personal touch into the project. She not only convinces playing the accordion but also proves her fine musicality as a singer. Besides the sung classics you can also find three compositions of her on the first common CD.
The audience can look forward to a vivid concert. 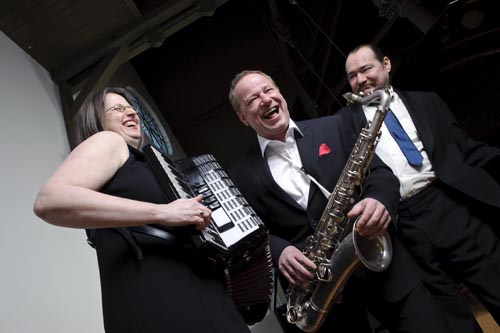 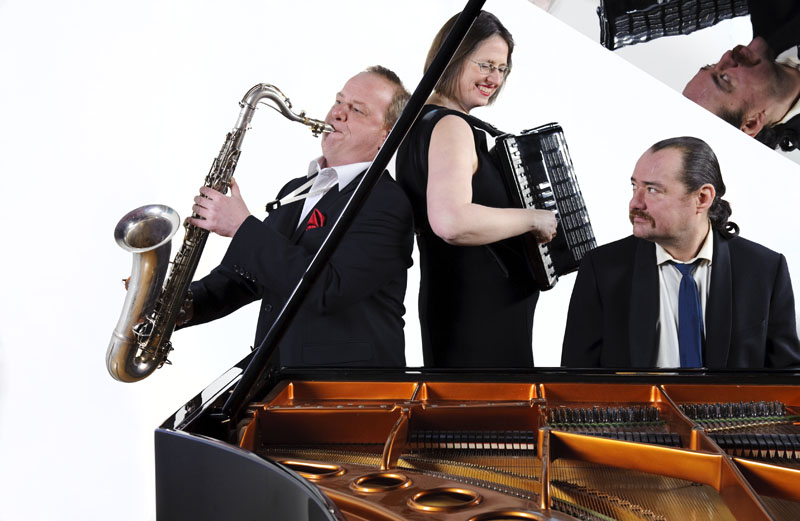